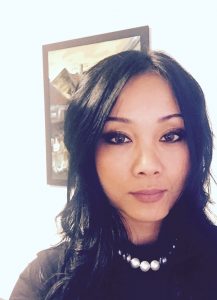 Anh’s practice foci are Bankruptcy, Tax Law, and Civil Litigation. As a native Vietnamese speaker, Anh uses her understanding of cultural differences to effectively represent clients in financial restructuring, including bankruptcy and insolvency litigation. In addition, Anh has substantial expertise in negotiating favorable settlements with large banks and financial institutions in formal reorganization proceedings. She also draws on her knowledge and experience in Tax Law to provide practical legal advice to clients on a spectrum of matters that arise in bankruptcy.

While working on her Master Degree in Tax Law, Anh assisted in tax law individuals in front of the Franchise Tax Board and Board of Equalization, a program sponsored by the Tax Pro bono Clinic at Golden Gate University.

Anh is regularly interviewed by the Vietnamese media on complicated bankruptcy matters, and was selected as a rising star in 2014-2016 in the area of consumer bankruptcy by Super Lawyer Magazine.

Steven D.
2020-05-29 11:50:53
David and Maria were excellent in assisting me with a work transition issue. They provided sound counsel and guidance in completing work separation...

Nathan N.
2020-03-23 21:49:42
I was running into problems handling a permit issue with my HOA in San Francisco that stretched for several years. The HOA was being very unreasonable and...

Ranebow C.
2019-08-24 06:28:23
Although I cannot retain this attorney, he reached out, listened to my story, common grounded himself with a similar one and hooked me up with someone who...